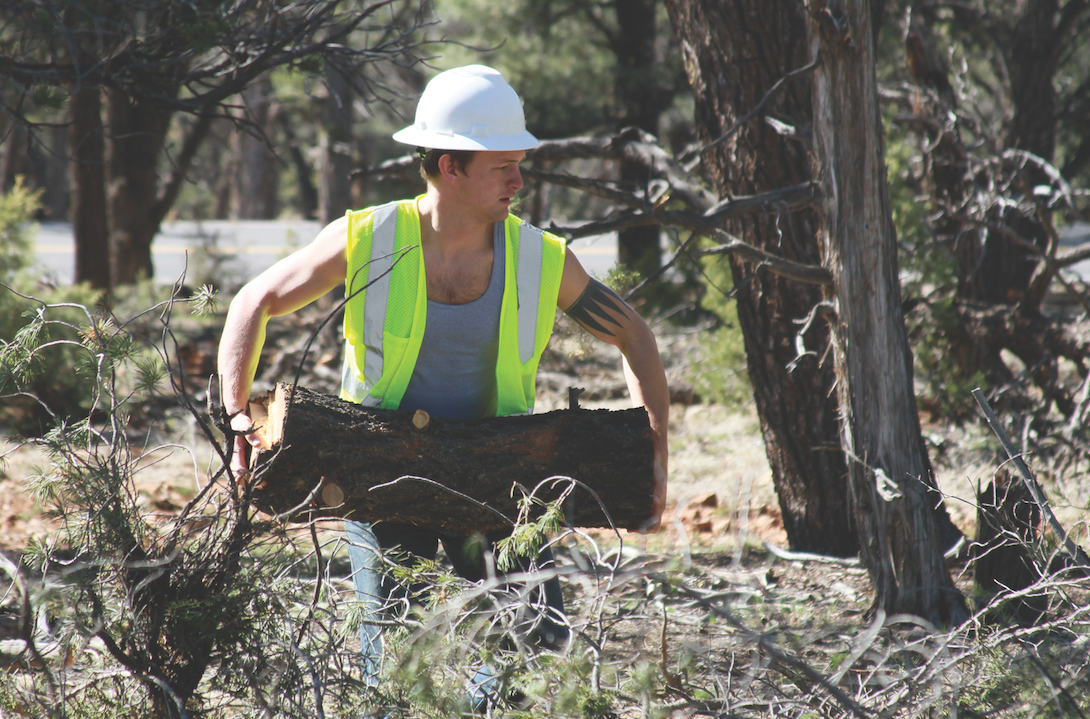 “Our work included actively learning about the relevance of tree surveys in wildland fire prevention planning and clearing dry brush from the landscape as a preventive measure against the possible spread of wildland fires,” said Katharine Troth ’16, a biology major from South Riding set to graduate in December. We also learned about the academic and historical side of prescribed fires in the United States from fire ecologists and park rangers.”