Longwood athletics held its annual awards banquet in April, recognizing the outstanding achievements of the university’s student-athletes and their teams during the 2015-16 season.

The hour-and-a-half celebration brought together 200-plus Lancer student-athletes, coaches, staff members and friends of the department to recognize those who excelled on and off the field this past year. 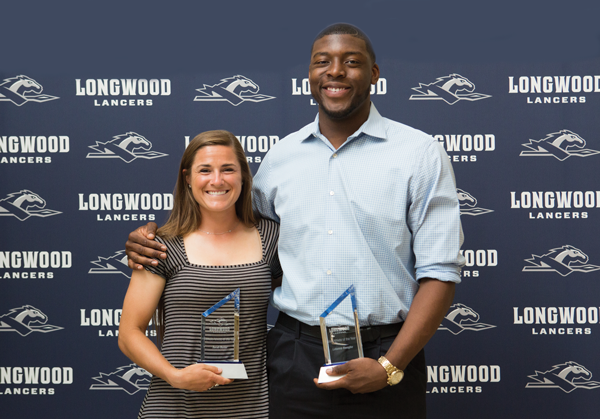 They were named Longwood Athletes of the Year after both earned All-Big South first-team honors and dominated as the fulcrums of their respective teams.

A complete list of the awards presented during the ceremony is below.