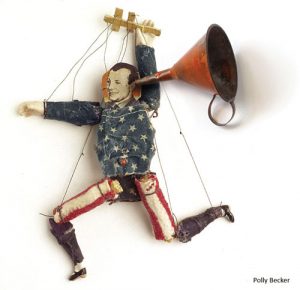 As Longwood prepares for the 2016 U.S. Vice Presidential Debate, the contest for who will be our country’s next president continues.

Those of us who have been around awhile have watched presidential election campaigns get longer, more expensive, more negative and more polarized. Alums from the 1950s and 1960s are no doubt shaking their heads over candidates’ ever-growing armies of political consultants, professional fundraisers and pollsters. Those from the 1970s and 1980s can probably remember when Democrats and Republicans actually had more than a postage stamp- sized piece of common ground.

Inevitably, party spin masters and pollsters will talk about who “won,” and commentators will fit the debates into their usual horse race template for media coverage of the election. Some observers will be looking for a gaffe along the lines of Gerald Ford’s insistence in 1976 that the Soviet Union did not dominate Eastern Europe or Michael Dukakis’ cold, analytical response in 1988 to emotion-laden hypothetical questions aimed at his opposition to the death penalty.

Forget all that, and remember this.

The debates will allow voters to move past the cacophony of negative campaign ads and name-calling to a quieter place where they can listen to a direct exchange among the candidates about our country’s future. In the forum of these public debates, the ubiquitous social media world—where rumor and exaggerated claims loudly demand our attention—is muted. The candidates’ voices and ideas, at least somewhat unfiltered, can be heard. The U.S. Vice Presidential Debate to be held at Longwood holds this promise, and, though it is still several months away, it already is having an impact on campus.

Our students are not giving up on their country. Instead they are developing their leadership skills in a whole range of campus organizations, and many are already working in various campaigns during this election cycle. More than 250 students filled Blackwell Ballroom this past spring to attend a debate between the College Democrats and College Republicans. They plan an even bigger debate between those two groups this September in Jarman Auditorium. And they are genuinely excited about Longwood’s hosting the debate in October.

For voters, the debates will be a chance to watch and imagine what it would be like to have one of the candidates in the Oval Office. Who measures up to what we expect of a president? Who falls short?

Can one of the candidates inspire a generation in the manner of John Kennedy’s inaugural address with its simple yet profound appeal?— Ask not what your country can do for you, ask what you can do for your country.” Is there someone who can match Lyndon Johnson’s clarion call to Congress for equality in voting rights, or Ronald Reagan’s challenge to Soviet leader Mikhail Gorbachev to “tear down this wall” separating West and East Berlin?

Who demonstrates a capacity to lead a country increasingly divided? Which person shows an understanding of both the vast extent as well as the real limits of presidential power in a system of checks and balances? Who offers clearer plans on how to address our many national challenges? 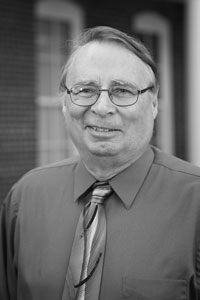 Dr.William Harbour has been a member of the Longwood Department of History, Political Science and Philosophy since 1976 and has taught numerous courses on the American presidency and American politics.

Does a candidate understand our history and how the world works? Who knows the difference between what is possible and what is only a clever, memorized one-liner? Does a candidate reveal a capacity for thoughtful deliberation and careful decision making? Which person shows the kind of temperament we think someone with enormous power should possess?

We look forward to seeing who rises to the occasion.