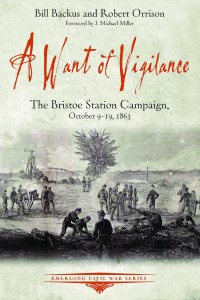 A Want of Vigilance:The Bristoe Station Campaign
by Rob Orrison ’98 and Bill Backus

The Bristoe Station campaign in the fall of 1863 is often overlooked because it occurred after Gettysburg and before the battles of the Wilderness and Spotsylvania Courthouse, said Orrison, a CivilWar historian who is a contributor to the Emerging Civil War blog (www.emergingcivilwar.com). The campaign, described as a cat-and-mouse game between Robert E. Lee and Union opponent George Meade, ended with a battle that lasted only 90 minutes but resulted in 2,000 casualties. Orrison, who has a master’s degree from George Mason University, oversees Prince William County’s historic preservation program, which includes the Bristoe (now spelled Bristow) battlefield. The book is part of the Emerging Civil War Series, which seeks to inspire readers
to visit the sites so they can better understand the battles.
Published by Savas Beatie, softcover, 192 pages. 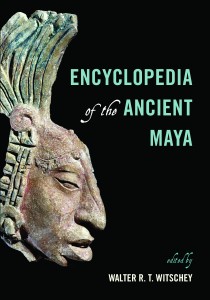 Encyclopedia of the Ancient Maya
edited by Dr.Walter Witschey, research professor of anthropology and geography

This reference book is targeted mainly for college and high-school libraries, and those interested in Maya culture.Witschey, an expert on ancient Maya culture, wrote about one-third of the book, which features more than 200 entries by about 80 researchers, and edited the balance. Since 1996, he and Dr. Clifford Brown of Florida Atlantic University, coauthors of the 446-page Historical Dictionary of Mesoamerica, have worked together on an electronic atlas that contains more than 6,000 ancient Maya archaeological sites.Witschey taught at Longwood from 2007-14.
Published by Rowman & Littlefield, hardcover and ebook, 574 pages. 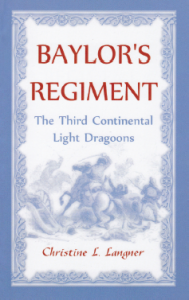 This reference book about an American cavalry unit in the Revolutionary War evolved from Langner’s longtime interest in an ancestor who, according to family tradition, was born in England and fought for the British before settling in Camden, South Carolina. In doing genealogical research at the Library of Virginia, Langner was “astonished” to find that her ancestor, William Langley, enlisted in Petersburg in 1777 and served in this regiment, named for its first commander, Col. George Baylor. The book contains biographical information on about 370 of
the regiment’s members, recruited mostly from Virginia. Langner, director of communications and technology services, has worked in Longwood’s IT area for 29 years.
Published by Heritage Books, softcover, 220 pages. 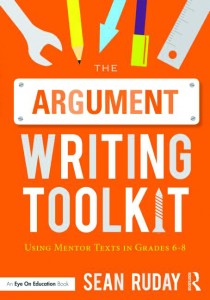 Part of the publisher’s Eye on Education imprint, this practical book seeks to help middle school teachers use mentor texts to make writing instruction more meaningful, authentic and successful. Ruday, a former middle-school teacher, demonstrates how teachers can teach students to analyze the qualities of effective arguments and then help them think of those qualities as tools to improve their writing. This is the fourth book on literacy instruction by Ruday, founding editor of the Journal of Literacy Innovation and co-president of the Assembly for the Teaching of English Grammar.
Published by Routledge, hardcover, 164 pages.