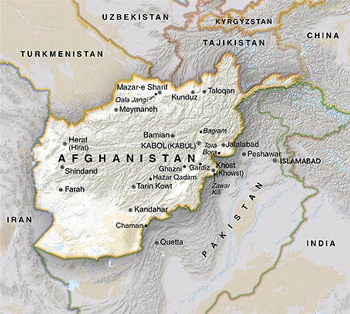 Russia’s role
This seminar course, offered for the first time this semester, covers Central Asian history from the 19th century Russian conquests to the present.Topics include Russian expansion and the development of contemporary political borders, Soviet and post-Soviet identities, Islam and opposition, with particular attention to women, peasants and minorities.

Strategic importance
Despite its historical and strategic importance, most Americans know little about this region, said Uryadova, a Middle East and Central Asia specialist who joined the Longwood faculty in fall 2014. “Alexander the Great was there, the Arabs were there, the Mongols were there. The Silk Road runs through the region, which is fascinating. I want students to learn about these peoples and their cultures,” she said.

Central Asian roots
An ethnic Russian, Uryadova is a native of Central Asia, which encompasses Afghanistan and five now-independent republics that were part of the former Soviet Union.

The good and the bad
The population of Uzbekistan is mostly Sunni Muslims, and the homes of non-Muslims in my hometown, Andijan, were set on fire even before the breakup of the Soviet Union. I remember hiding under the bed during these marches,” she said. “Unemployment is high because many Russian factories have closed, there is not enough land and you have lots of young people with energy who have been exposed to radical Muslim ideas. I hope I’m wrong, but this could become a powder keg.”