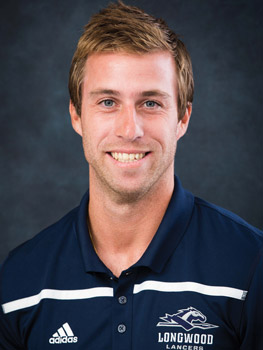 Tafelski, the 2013- 14 ITA Division II National Assistant Coach of the Year and a former Division I student-athlete, was formerly an assistant coach at Division II tennis powerhouse Hawaii Pacific University.

At Hawaii Pacific, Tafelski helped guide the men’s and women’s tennis programs to top-10 Division II rankings. The men finished the 2014 season with a 23-1 record, with the lone loss coming against top-ranked West Florida in the Division II Championship match. Meanwhile, the Hawaii Pacific women compiled a 41-10 record in Tafelski’s two seasons with the program.

“We’re excited to welcome a coach as talented and driven as Pierre to our department,” Austin said. “His desire to lead our men’s tennis program has been evident from the start. To have such success so early in his coaching career is remarkable, and I’m looking forward to watching this program grow under his leadership.”

Tafelski’s collegiate career began at Ouachita Baptist University in Arkansas. He led his squad there to a No. 3 ranking in Division II while earning a No. 40 national ranking and all-conference honors in singles play. He then moved up to the Division I ranks at Mercer University, where he stepped into the top singles spot as a junior and went on to earn All-Atlantic Sun honors as a senior in 2012.

“I am honored to join the Longwood family and be part of a growing university,” Tafelski said. “Longwood has a beautiful campus with great academic success, which will help attracting talented student-athletes. I look forward to working with the athletics department and the Longwood community to become one of the leaders in the Big South Conference.”

A 2012 graduate of Mercer, Tafelski earned a bachelor’s degree in business administration with a concentration in management. He went on to obtain his MBA from Hawaii Pacific University in 2014.