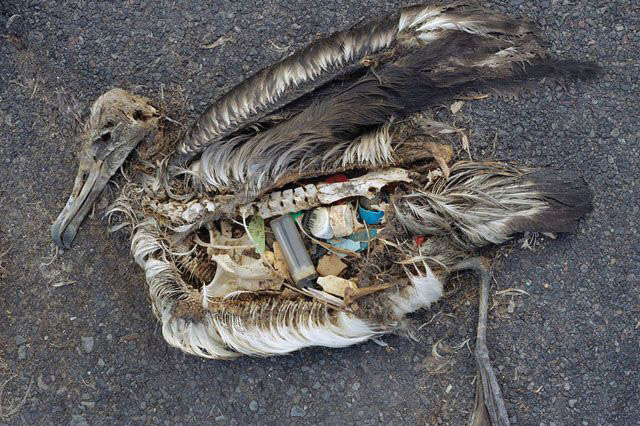 Trash that has found its way to the ocean can be deadly to wildlife.

Balloons rising into the air are a joyful sight to many people, but I am reminded of sea birds that died entangled in plastic ribbon streamers.

Plastic bags may seem like harmless litter, but they are a death sentence for sea turtles that mistake them for their favorite food—jellyfish.

My view of the world, which includes heartbreaking sights like these, is through a lens shaped by decades of work to eliminate trash from streams, rivers and oceans. We’ve made progress, but so much remains to be done.

It is likely that both the balloon ribbons and the plastic bags mentioned earlier started out as carelessly discarded items in a residential neighborhood or a bustling downtown. Traveling through a network of storm drains, small streams, rivers and other water “highways,” they ended up in the ocean—two items among millions that every day threaten wildlife and humans alike. In fact, about 80 percent of the trash in our oceans originates from inland sources.

The impacts of marine debris, as this type of water pollution is known, are extensive. Birds, turtles, marine mammals and fish can become entangled in fishing nets, plastic bags, balloon ribbons and fishing line. Some debris items, most notably plastic bags and balloons, are often mistaken for food and can cause obstructions in the digestive system, damage to the gut or poor nutrition in wildlife that consume them.

Plastics can also discharge hormonally active and toxic compounds that are then taken up by organisms, endangering the health of all animals in the food chain, including humans.

It’s a global problem, but the solution is local, starting with people young and old coming to understand how trash gets from their communities— whether they are inland or along a shore—into the ocean. Next comes action: prevention, including recycling plastic, and cleanup.

Leading this effort in Virginia is Clean Virginia Waterways (CVW), which has been affiliated with Longwood since 1999. Now celebrating its 20th anniversary (see related story), CVW organizes hundreds of river and beach cleanup events every year during which volunteers remove litter while also collecting valuable data. More than 84,600 volunteers have removed nearly 3.7 million pounds of debris from Virginia’s waterways and beaches since 1995. These cleanups, many of which include Longwood students, faculty and staff, are held throughout the entire state, helping us all understand how we are connected to the ocean through streams and rivers.

In addition to volunteer-based cleanups, CVW has done pioneering research on several marine debris issues, including cigarette filters (which are made of plastic fibers), balloons and food- and beverage-related litter. 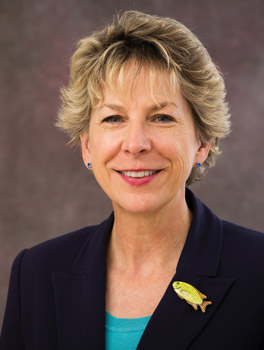 Recently, CVW partnered with the Virginia Coastal Zone Management Program and dozens of government agencies, universities, businesses and organizations to develop the Virginia Marine Debris Reduction Plan, the first state plan on the East Coast. CVW is now working with the National Oceanic and Atmospheric Administration to develop public education, waste minimization and improved stormwater management that will reduce marine debris in the mid-Atlantic region. One research project is exploring alternatives to the mass release of balloons: If we keep balloons out of the sky, they can’t come back down to earth (or the ocean) as litter.

Another aspect of CVW’s mission is to provide resources to teachers and students about the impact of litter and trash on waterways and the ocean, and to encourage them to reflect on their own actions related to recycling, picking up litter and choosing reusable items, including water bottles.

Since the “Great Pacific Garbage Patch” of floating plastic debris was found in 1997, researchers have discovered four more patches of plastic in other oceans. These patches of trash form where global surface currents and wind move in circular patterns, forming vortexes that concentrate buoyant materials—mostly small bits of floating plastic broken off larger items.

Each discovery like this is painful. My colleagues and I dream of a time when our waterways and oceans will be free of trash, allowing seabirds, fish, whales, otters and other wildlife to enjoy their environment without the risks that come with debris. The good news is that every person on the planet can help make that dream a reality.