Tucked away at the bottom of a pile of nondescript letters in the basement of Greenwood Library was a hidden treasure: an envelope bearing the name of one of the most recognizable figures in U.S. history— Gen. Robert E. Lee.

The two notes within, written in an elegant hand on lined paper and signed “R.E. Lee,” date from before and after the Civil War.

The first, dated April 26, 1845, is addressed to Capt. Henry Brewerton, who was also working as a captain in the Army Corps of Engineers. At the time, Lee was the post engineer at Fort Hamilton in Brooklyn, N.Y., and
a member of West Point’s board of visitors.The second letter, dated Nov. 10, 1868, and written just two years before Lee’s death, endorses a letter of recommendation for Washington College student William M. Thornton. The letters had been sitting in an archival box meticulously filed away in Longwood’s library for at least three decades before they were rediscovered in July 2015 after the university’s archives and records specialist, Lydia Williams, began the process of detailing some of the collections.

“This is a hidden treasure,” said Gavin Hosman, an archives and library information associate who found the letters. “When I saw the writing on the envelope, I thought it couldn’t have been true. The envelope was kind of buried in the bottom of the box, which is an ordinary stationery box. It looked like just an ordinary pile of things from someone’s house.” 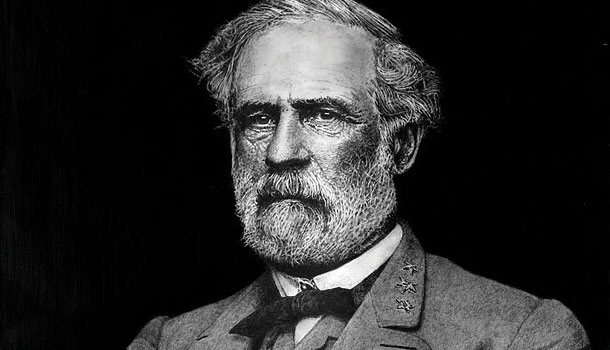 The Lee letters were found in the Johnston Family Collection, which is mostly letters pertaining to the once-prominent Farmville family from whose estate Longwood’s name is derived.

Lee’s letter to Brewerton, dated 1845, reads: Confefs [confess] my dear Squire that I have returned your estimate for the Cadet Barrack at W.P. [West Point] & that it is better late than never. I had scarcely time to shake hands with you at the American.

As it was I just reached Brooklyn as the state was heading off from the Ferry and succeeded in hailing it. I hope that you are in better health than we are. Present me to Harrison and tell him that ‘When he assents to [McCester] rides may I be there to see.’ My best, R.E. Lee.”

Two years after Lee sent that correspondence, Brewerton became superintendent of West Point, a post he held until being replaced by Lee in 1852.

The 1868 letter reads: “Although not personally acquainted with Mr.Wm M. Thornton, I have known his mother for several years and know that he is related to several of the most influential families in Virginia; and from my knowledge of performance of John L. Campbell I can say that in him all confidence can be found in his statement. R.E. Lee.”

TheWilliam Thornton in the letter is likely the University of Virginia mathematics professor who joined the faculty there in 1868 and later became the first dean of engineering.

The letters are now housed in Greenwood Library’s special collections room while library staff works to have them professionally authenticated, though the experts who have seen the correspondence have little doubt they are genuine Lee letters.