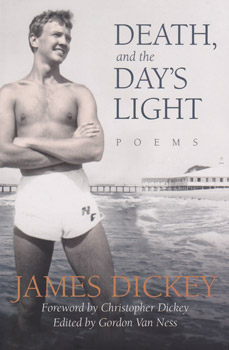 Death, and the Day’s Light

edited by Dr. Gordon Van Ness, professor of English
This book of James Dickey’s poetry includes two unfinished poems edited and completed by Van Ness, an authority on the late poet, novelist and essayist. The poems, “Show Us the Sea” and “For Jules Bacon,” are accompanied by three other poems that Dickey wrote late in life and two that Dickey called “outtakes” of “Show Us the Sea.” The book evolved from Van Ness’ 2009 proposal to Dickey’s son, Chris, to edit the two unfinished poems, which was approved by Dickey’s estate. This is Van Ness’ fifth book on Dickey, and he has been given permission by Dickey’s estate to edit the final poem on which he was working, “Eden,” as well as to write a biography. Published by Mercer University Press, hardcover, 144 pages. 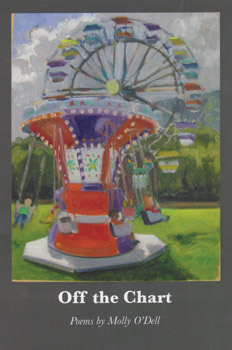 by Dr. Molly O’Dell ’76, Longwood alumna
This poetry collection, sparked by O’Dell’s encounters with everyday patients in rural Virginia, has been described as a “tribute to the places and people who transformed her along the way.” The poems in this “moving and heartbreakingly matter-of-fact” collection “restore our faith in humanity,” said one critic. Many poetry books explore the patient-doctor relationship from the patient’s perspective, but few do so from the doctor’s perspective, said O’Dell, medical director of the Virginia Department of Health’s New River Health District, based in Christiansburg. (See profile of O’Dell on Page 46). Published by Word Tech Communications, softcover, 48 pages. 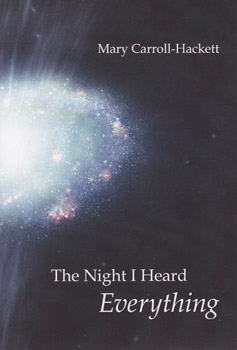 The Night I Heard Everything

by Mary Carroll-Hackett, associate professor of creative writing
This second full collection of prose poems by Carroll-Hackett, winner of Slipstream’s 2010 poetry competition, “works toward healing, a reconciliation of soul and self, of body and spirit, of the peace to be found even while walking with a foot in both worlds,” says one description. Carroll-Hackett, said poet Peter Makuck, “knows what love means, both for body and soul … knows about the riches of listening as well as the rewards of watching, say, ‘a ballet of bats’ begin their ‘broadband sweep of the night.’” Poet Remica Bingham-Risher called Carroll- Hackett “fearless in peering into nighttime and underbrush, all the unemptied places still holding spirit.” Published by Future Cycle Press, softcover, 62 pages. 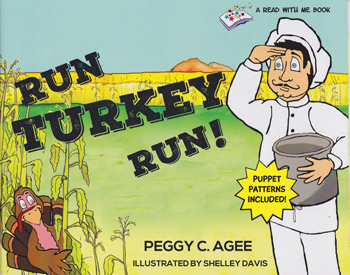 by Dr. Peggy Agee ’75, Longwood alumna and associate professor of communication sciences and disorders
This children’s book uses repetitive language to “help kids see the relationship between speech and print, and it also models how to use prepositional phrases,” said Agee, a specialist in early language and emergent and early literacy. She first wrote the book 30 years ago and would read it to her students (“after you read a few pages, they start joining in on the chorus”), when she was a preschool teacher in Appomattox County. Unable to find books to help preschoolers “become aware of print,” she decided to write her own stories. The original handmade version of the book—fashioned from pictures Agee cut out and pasted into a crude binder—is in her office. Published by Dynamic Resources, softcover, 32 pages.