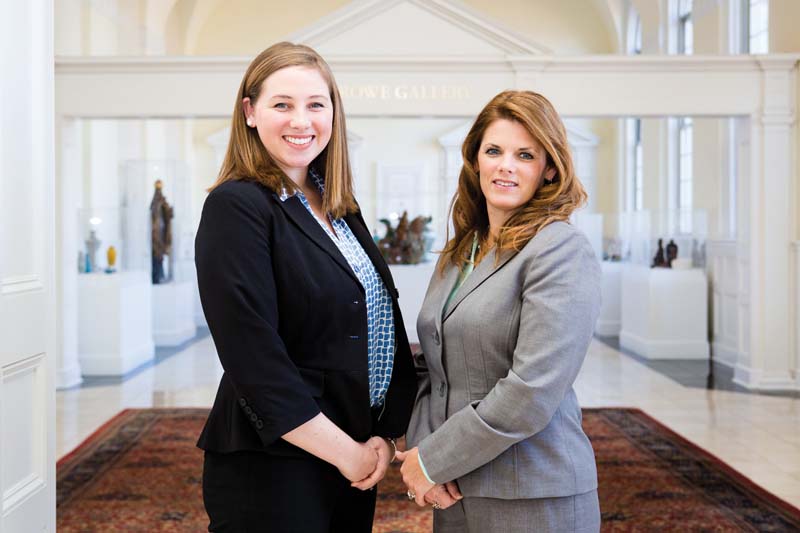 The Office of University Advancement has one new face and one familiar face in a new role.

Katherine Buffey Bulifant ’13, M.S. ’14, assumed the new position of director of campus philanthropy in December 2014. She will continue to lead the Lancer Line (former Telefund) as she has done since beginning as an interim development officer in October 2014. She also will coordinate student philanthropy efforts and faculty/staff giving. The Richmond native has a bachelor’s degree in criminal justice and a master’s in sociology with a criminal justice concentration.

Amy Harris ’14, who had been an administrative assistant for the Office of Alumni Relations since October 2008, is now director of university engagement, also a new position that began in December 2014. The Farmville native received a bachelor’s degree in business administration with a management concentration in December 2014.

Replacing Harris in the Office of Alumni Relations is Nicole Wright Perkins ’05, who began her new duties in February. Perkins, who earned a BFA from Longwood, brings a wide variety of skills to the position, including event planning, budget management, staff supervision and graphic design. Her husband, Paul Perkins, also attended Longwood.