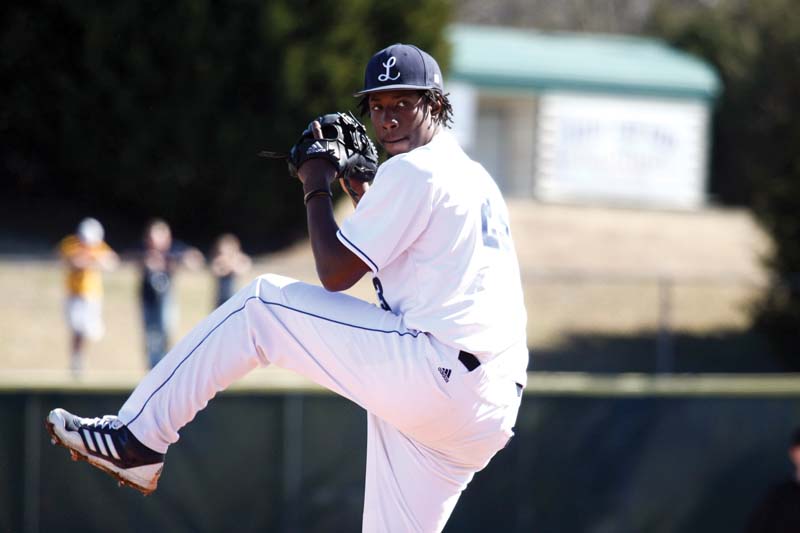 Senior right-hander Aaron Myers ’15, a physics major from Newport News, was named Big South Conference Preseason Pitcher of the Year by the league’s head coaches. Myers is coming off a junior season in which he was named to the All-Big South first team and posted a 1.76 ERA to set the school record for lowest ERA by a starting pitcher.

“Aaron is an outstanding college pitcher and considered one of the best in school history,” said Head Coach Ryan Mau. “It is great to see him recognized for his hard work and his past successes. He is a team captain and our leader on the mound. He has put in a tremendous amount of work this off-season, and we are excited for him to lead us out every Friday night.”

Now preparing for his final season in the blue and white, Myers continues to rake in preseason honors. In January, the hurler was named the No. 45 prospect in the 2015 senior class by PerfectGame, as well as being tabbed the No. 8 prospect in the Big South. Myers’ selection as the Big South Preseason Pitcher of the Year is the first time a Longwood player has been tabbed either the Preseason Player or Pitcher of the Year.

Myers is also approaching several milestones, including Longwood’s all-time strikeouts record. He is currently fifth on that list with 204 career punchouts, just 54 behind the top spot.