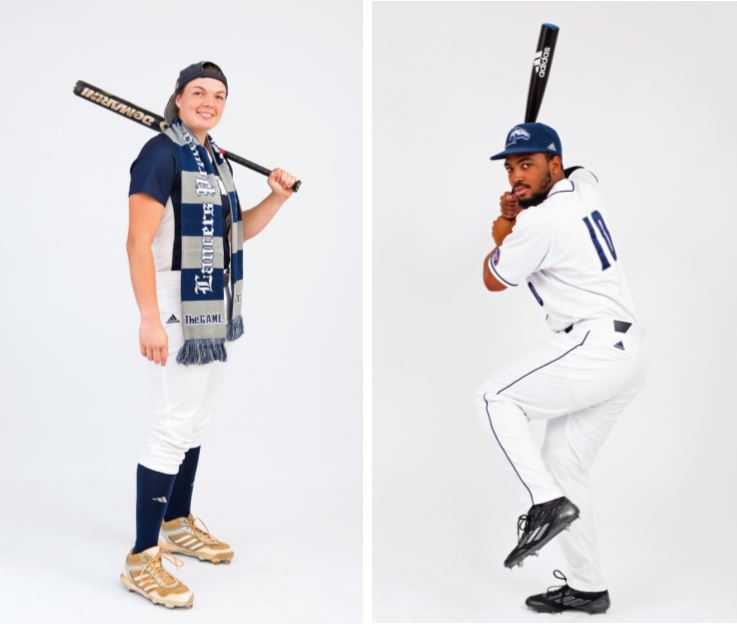 Megan Baltzell ’15 and Kyri Washington ’16 plan to hit it out of the park this season.

If you’re traveling to campus this spring, here’s a piece of advice: Avoid Main Street until June.

What for eight months out of the year is a scenic drive into downtown Farmville will become a landing ground for home runs this spring when Longwood’s baseball and softball teams open the year at Buddy Bolding Stadium and Lancer Field.

Both Lancer teams lay claim to two of the top power hitters in the nation, and, unfortunately for the motorists of Farmville, both are taking aim at the outfield wall that backs up to Farmville’s Main Street. Megan Baltzell ’15, an exercise science major from Stafford, is the Big South Softball Preseason Player of the Year, and Kyri Washington ’16, a business major from Prospect, was a participant in the Cape Cod Baseball League Home Run Derby last summer. The two will start their own personal derby in February as the Longwood programs open their third year as members of the Big South.

Baltzell, an All-American catcher in 2013, enters her senior campaign after batting .448 with 10 home runs, 17 doubles and 45 RBI last season. Those video game-like numbers earned her the honor of being the ninth-best offensive player in the country from FastPitchNews.com and set the stage for her to repeat as Big South Player of the Year in 2015.

“Megan is an outstanding softball player,” said Head Coach Kathy Riley, now entering her 18th season at Longwood. “Many people underestimate her all-around skills because she has tremendous hitting numbers. Megan has the best softball instincts of any player I have coached, and I feel sure that she would be an impact player for any team in the country.”

We hope you and your car don’t end up on the wrong end of a home run ball hit by Baltzell or Washington. If it’s any consolation, you can keep the souvenir.