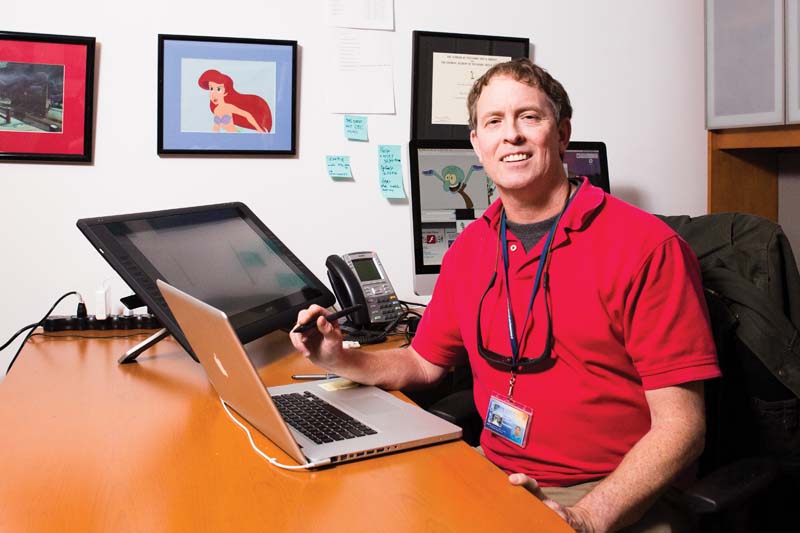 A whole lot of Hollywood magic is being injected into a brand-new major at Longwood.

Or at least a little nautical nonsense. 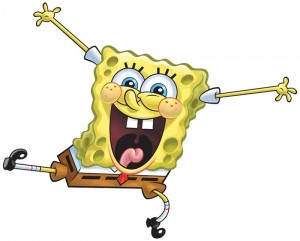 World-class animator William “Tuck” Tucker, who has worked on shows including SpongeBob SquarePants,” “Hey Arnold!” and “The Ren & Stimpy Show,” began teaching in the graphic and animation design program this January. He hopes his 30-year experience in the industry will set Longwood’s courses apart.

“I want to build this into an elite program—one of the best in the nation,” said Tucker. “For students like me—those who can’t stop doodling—animation is a great creative outlet, and lets the artist become actor, director and writer all in the same job.”

The new graphic and animation design major will start fall semester 2015. Longwood will be the third school in Virginia to offer the degree.

Tucker, who was born in nearby Lynchburg, was obsessed with drawing and cartoons from an early age. He graduated from VCU and immediately left for Los Angeles, dreaming of working for Disney. His first job was with Filmation Studios, drawing for the uber-popular “He-Man” and “She-Ra” series.

“The actual animation wasn’t very high-quality due to a number of factors,” said Tucker, “and I had to draw more scantily clad superheroes than I ever dreamed I would. But it got my foot in the door and led me directly to work on ‘The Little Mermaid.’”

After a stint at Disney, Tucker worked for groundbreaking Fox series like “The Simpsons” and “Family Guy” before landing at Nickelodeon, where he was part of one of the biggest renaissances in animation—animator-led storytelling. It’s that aspect he’s most excited to work on with students.

“Beginning with ‘The Ren & Stimpy Show,’ some studios began allowing teams of animators to storyboard out the show instead of writers giving us a script,” said Tucker. “We were the ones who created the magic, both from a story perspective and an art perspective.”

That same approach was used at “SpongeBob SquarePants,” where Tucker worked for seven years and was the lead animator on the team. In classes at Longwood, he takes actual storyboards he created for the hit television show and challenges students to finish the story.

“One of our first workshops planned is with Linda Simenski, senior director of children’s programming at PBS,” said Tucker. “She’s a titan in the industry, and the opportunity to work directly with her is the dream of every animation student in the country.”

Tucker comes to Longwood at a time when interest in graphic and animation is at an all-time high. Last year, the number of available slots filled up quickly. With his sketching pencil in hand, Tucker is ready to take the program to the next level.

“We’re going to blow the doors off this program,” he said.