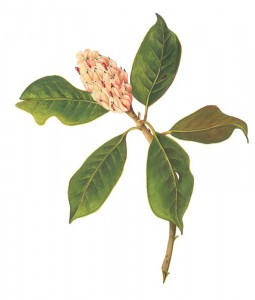 In summer 2003, biology professor Dr. David Buckalew got a startling phone call from the university physical plant. The staffer on the line mentioned plans to demolish a dilapidated old building where a former colleague had been storing and curating a large collection of native Virginia plants.

They called me, and they asked me—Do you want to keep any of this?’” Buckalew recalled. “Possibly meaning, could we toss all this in the dumpster and be done with it?”

Buckalew added, “I’m not a herbarium curator by training, but I was aware of the fact that this plant collection is a treasure for the state and for the country in general. So we coordinated what was basically a Chinese fire drill of students—grounds workers, grad students, and undergrads—transporting those specimens, box by box, over to the basement of the Longwood library.”

The national treasure they saved, now known as the Harvill-Stevens Herbarium, is an assemblage of about 75,000 plant specimens collected over several decades from throughout Virginia. In fact, it’s the largest collection of native Virginia species in the world, and Buckalew and other Longwood faculty members say it’s an incredible resource for biologists and students.

For years, the herbarium has been mostly hidden, first ensconced in the old building that Dr. Alton Harvill used to preserve his botanical collection, a structure that Buckalew described as being “in tough shape.” Harvill had painstakingly organized and cataloged his findings, storing them in cabinets purchased using his own funds. Now those cabinets live in the basement of Greenwood Library.

But times are changing for Virginia’s second-largest herbarium (smaller only than Virginia Tech’s). A National Science Foundation grant has provided resources to digitize the collection, and planners of the new academic building on campus, whose completion is set for 2017, have set aside room to properly store the specimens and provide work space for a curator and researchers. 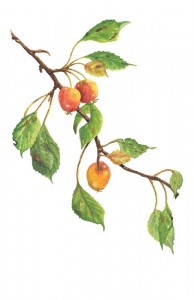 Much of the credit for these latest developments is owed to biologist Erika Gonzalez-Akre, a former Longwood instructor who now curates the collection. She has lobbied, solicited donations and, most importantly, joined with a team of herbarium curators across the southeast United States to secure the digitization grant. And she did most of that work pro bono and by long-distance commute, because she now works for the Smithsonian Conservation Biology Institute in Front Royal.

The National Science Foundation has allotted $2.5 million to about 100 institutions to create digital records of their herbarium specimens. Longwood’s portion of the fund is tiny,” said Gonzalez-Akre—$25,000 for 2015—but it will cover both the necessary equipment and compensation for the two students working on the project. 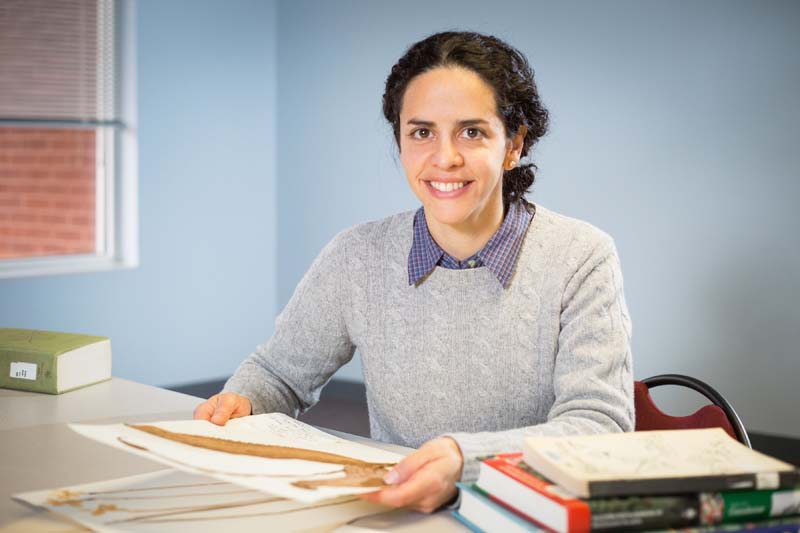 Erika Gonzalez-Akre, the curator of Longwood’s Harvill-Stevens Herbarium, deserves much of the credit for bringing the riches of the collection to light and making it more accessible to researchers.

Gonzalez-Akre said she’s also hoping that volunteers from the university and community will help with the effort. The result of all that work will be huge: an online database of every specimen hidden away in those Greenwood Library storage cabinets.

“It’s always been this great resource, but it’s kind of an unknown and kind of lost in some ways,” said Dr. Mark Fink, chair of the Department of Biological and Environmental Sciences. “I think, as it’s being revitalized, people are becoming more aware of its existence.”

The collection hasn’t been totally inaccessible over the years. Staff at the Virginia Department of Conservation and Recreation used the herbarium to research a book, Flora of Virginia, which came out in 2012 and documents every species found in the state. They made countless trips to Farmville to examine specimens, which were crucial in verifying the information in the book. And alumnus Brian Smith ’02 has worked with the collection to conduct research for the American Chestnut Foundation. “It produced some interesting results, because … some of these samples came from areas that we previously did not think were considered range of American chestnut,” he said. 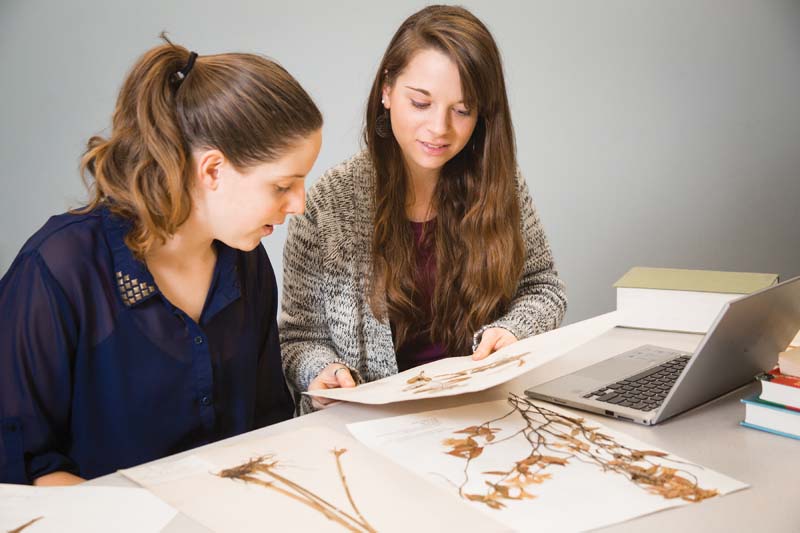 A National Science Foundation grant is funding the work of Patricia Hale ’15 (left), of Bedford, and Sarah Slayman ’15, of Mechanicsville, as they digitize the world’s largest collection of native Virginia plants, currently housed in the basement of Longwood’s Greenwood Library.

But getting the collection online will mean infinitely expanded access. Records of the plants, many of which are now rare or extinct, will be “available freely for anyone anywhere in the world to see what we have here and where it was found,” said Fink. He said the location information is particularly useful.

“By looking at these data, you could see how species’ distributions have changed,” he said. “And have humans caused that? Or has climate change caused that? … [The collection] could drive a lot of research.”

Of course, the ultimate credit for Longwood’s herbarium belongs to Dr. Alton Harvill, who founded the collection when he joined the faculty in 1963. Harvill was extremely active in Virginia’s community of botanists, and he became known as the foremost authority on the state’s flora.

Harvill stopped teaching in 1983, but he continued working with his collection for years before his death in 2008. Buckalew, who came to Longwood in 1999, recalls seeing Harvill on campus from time to time.

“I was a new guy on the block then. I’d see him and try to strike up a conversation and he immediately would turn off his hearing aids,” Buckalew said, chuckling. He was a wonderful character. I just really admired him.”

Intriguingly, the origin of “Stevens” in the name Harvill-Stevens Herbarium is less clear. Buckalew said the title comes from Charles Stevens, a research colleague of Harvill’s who joined him in publishing the first edition of the Atlas of Virginia Flora (an index of each species and its location). But Fink said he had always assumed it refers to Edith Stevens, a Longwood professor in the 1920s and ’30s who contributed some of the original specimens to the collection. Gonzalez-Akre said she hadn’t been able to determine the answer, though she was rooting for Edith. Neither of the possible namesakes could confirm an answer: Edith Stevens died in 1945, and Charles Stevens has been disabled by strokes. Regardless of the name, both

Edith and Charles helped create this campus treasure, and thanks to Gonzalez-Akre and others, it will soon be unearthed.

The native Virginia plants depicted in this article are among the plants preserved as dried specimens in the Harvill-Stevens Herbarium at Longwood. The botanical illustrations, by Judy Gilman, are part of the collection of the Longwood Center for the Visual Arts. Gilman, a lifelong resident of the Richmond area, began painting in 1969 and embarked on her study of botanical illustration in 1992. She is a member of the American Society of Botanical Artists. The digital files of the illustrations were prepared by Alan Thompson.