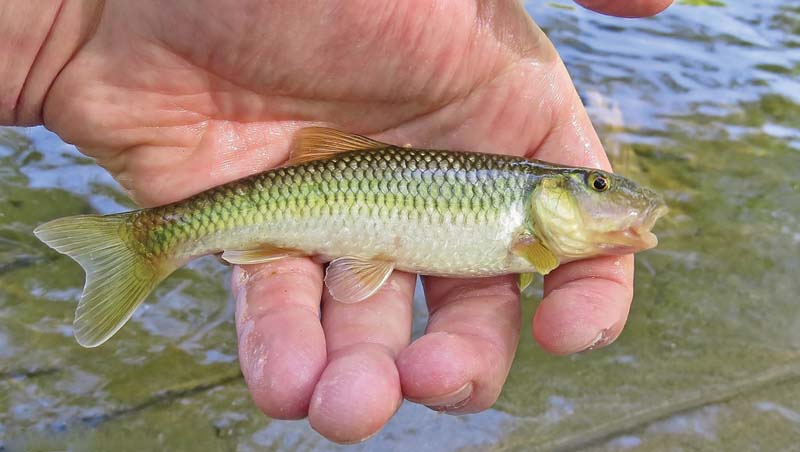 Whether it’s the vine that ate the South or the toothy, voracious fish that can survive out of water and destroys natural ecosystems, invasive species are universally cursed.

In some cases, that’s a good thing. When it comes to both of these well-known examples, we should be vigorous in our efforts to control their impact, said Dr. Sujan Henkanath-thegedara, Longwood assistant professor of biology.

But when it comes to conservation, sometimes dogmatic views of invasive species may harm efforts to save endangered species.

“Presence of invasive species in every imaginable ecosystem is the rule, rather than the exception, in the contemporary world. We see many situations where native species coexist with non-native species,” said Henkanaththegedara.

“In several long-term mesocosm experiments with endangered fish and invasive mosquitofish in California, we found that species often find ways to coexist by preying on each other, creating sort of a balance. Understanding the complex interaction between native species and the invading species may help us target our resources to management strategies that actually work instead of futile efforts to remove the invader.”

Conservation biologists in the Southwest have been struggling to recover endangered Mohave tui chub in the Mojave Desert, Calif., whose natural habitats are now home to invasive species. There are only four stable populations of this endangered minnow in the world, and its recovery plan calls for establishment of more refuge populations.

In his mesocosm experiments, Henkanath-thegedara replicated invasive species in a habitat by introducing a population of the predatory mosquitofish—labeled as one of the world’s worst 100 species—in a population of endangered Mohave tui chub.

What he observed was a phenomenon called intraguild predation—the killing and eating of potential competitors. Instead of the invasive mosquitofish killing all the tui chubs and wiping out the population, the chubs limited the numbers of mosquitofish by preying on them as well. In the end, there was a kind of stasis reached—both populations coexisted, mimicking what often happens in nature.

His study is detailed in the article “Intraguild predation may facilitate coexistence of native and non-native fish,” published in the Journal of Applied Ecology with coauthor Dr. Craig Stockwell at North Dakota State University.

“Following our work, sites that previously had been considered unsuitable for endangered tui chub because of the mosquitofish were seen in a different light. Conservation biologists began introducing tui chubs into mosquitofish-infested sites, and the endangered tui chubs have thrived. We’re able to rethink management efforts because of this research.”