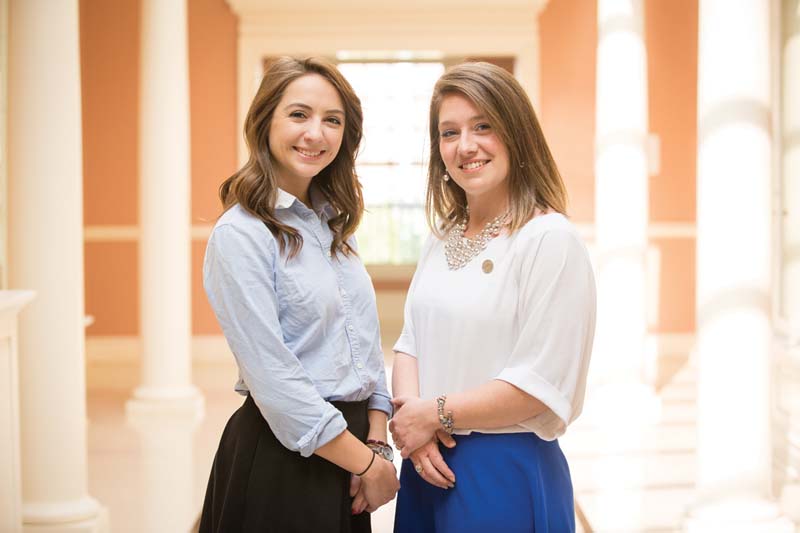 If you graduated in the last decade or so, you’ll soon be getting a little extra attention from the Office of Alumni Relations.

Paige Rollins ’15 is working with younger alumni—those who graduated within the last 10 years—in a new position she began June 1. Nicole Wright Perkins ’05, who joined the Alumni Relations staff in February, continues to forge closer ties with alumni and bring new ideas to the office.

Rollins, a communication studies major (public relations concentration) from Centreville, interned in Alumni Relations during the spring 2015 semester. She said she “had a blast” helping with the Milestone Reunion in April and is excited to launch Alumni Relations’ young alumni program.

“I want to grab them right after they graduate and keep them involved,” said Rollins, whose parents are Longwood alumni (see story at left). “I’ve always bled Longwood blue.”

Rollins was senior class president and a member of the Cormier Honors College, Mortar Board, the Order of Omega, the Longwood Ambassadors, SGA and Alpha Delta Pi sorority.

Perkins said the things she most enjoys about her new job are reconnecting with fellow alumni and seeing their passion for the university.

Perkins and her husband, Paul, live in Farmville and have a 4-year-old son, Silas.