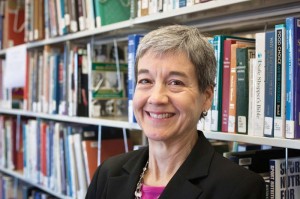 Dr. Audrey Church, professor and coordinator of Longwood’s graduate school librarianship program, has been elected the 2016-17 president of the American Association of School Librarians (AASL).

Following a year as president elect, Church will begin her term as president in June 2016 at the American Library Association (ALA) conference in Orlando, Fla.

AASL, a division of the ALA, has more than 7,000 members and serves school librarians in the United States, Canada and around the world.

“It is an honor to be elected as president elect of our national organization, and it will be a privilege to represent school librarians from across the country,” said Church, whose entire 35-year education career has been in the field of school librarianship.