Your spring magazine was a rare delight!

We receive several college magazines at our house. Often they are “rah-rah” sheets of low interest. Clearly the best is Harvard Magazine, which always teaches the reader something new and amazing. Your “Our Town” issue matched it in all ways. Every single page had a story of real lasting interest, with an incredible diversity of subjects!

And, of course, the crown jewel was Dr. Harvill’s rare collection of native Virginia plants. I was lucky enough to meet Dr. Harvill when we lived at Longwood House, and it makes me happy to know that his collection is finding a secure, permanent home with David Buckalew and Erika Gonzalez-Akre.
Your magazine made my husband [former Longwood President William Dorrill] and me very proud (again) of Longwood!

Thank you for the spring 2015 magazine cover and story detailing the Longwood and town of Farmville partnership. Clearly it is yet another example of how the two entities are working together to build a strong partnership for our future. As the cover says, “Our Town,” and we see that partnership evolving. Thanks for highlighting our working together.

I read with interest the article in the recent (spring 2015) issue of your fine magazine concerning the resurrection and refurbishing of the magnificent collection of Virginia flora accumulated by my former colleague, Dr. Alton Harvill. I am so delighted that this irreplaceable collection is being given the recognition that is its due, for it is indeed a monument to the dedicated work of Dr. Harvill and his colleagues throughout the better part of his lifetime.

I was amused to note in the final paragraph the conundrum over the herbarium’s name. How quickly we forget! Known as the Harvill-Stevens Herbarium, the naming paid tribute to Dr. Harvill’s colleague and co-author of his seminal works, Atlas of the Virginia Flora Part I (A.M. Harvill Jr., Charles E. Stevens and Donna M.W. Ware) and Atlas of Virginia Flora Part II (A.M. Harvill Jr., Ted R. Bradley and Charles E. Stevens). The following quote from the Flora of Virginia (published in 2012) from Pages 18 and 19 was kindly sent to me by a former member of my biology faculty, Thelma Dalmas:

“The Atlas of the Virginia Flora also benefited from the extraordinary expertise and the high-volume of collecting of Charlottesville native Charles E. Stevens, who, though not a botanist by profession, brought to his explorations a keen eye for topography and insatiable curiosity about plants. Famous for letting suggestive name places, geologic formations, and topographic signals lead him to botanical spots, Stevens brought 7.5 topo quadrangles [maps] of the state and walked, climbed, or crawled into some of the most formidable habitats and inaccessible regions in Virginia. In addition to having a legendary memory for geography and a knack for plant identification, Stevens loved the search and by the late 1990s had added some 25,000 specimens to the Longwood Herbarium (now named the Harvill-Stevens Herbarium) and hundreds of range extensions to plant distribution maps in the Atlas.”

The Harvill-Stevens Herbarium was established in August 1985. Documentation of its creation, provided by Eva Philbeck, was signed not only by Alton Harvill, but Charles Stevens as well. Clearly the “Stevens” portion honors Charles E. Stevens, whose “keen eye” and “insatiable curiosity” led to the addition of thousands of specimens to those collected by Dr. Harvill and his students.

Dr. Carolyn Wells
Farmville, Board of Visitors Distinguished Professor of Biology emerita, former vice president for academic affairs and dean of the college, and former chair of the Department of Natural Sciences

I found the article titled “Buried Treasure” by Beth Cope to be fascinating. Dr. Alton Harvill was my botany professor my freshman year at Longwood (1970-71). I can remember his enthusiasm for plants of Virginia. To think he had such a vast collection is remarkable. Kudos go to the quick action of Dr. David Buckalew and also to the curator, Erika Gonzalez-Akre. 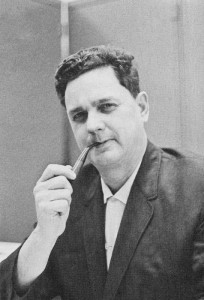 I am sorry to hear that Dr. Harvill passed away in 2008. This collection of native Virginia plants will be a credit to him and to Longwood. I think it would have been a fitting tribute to include a photo of the professor. I am enclosing a picture of him from The Virginian, 1972. Maybe you can include it as a footnote to the article in your next issue.