Longwood signs on as host sponsor of Children’s Book Festival 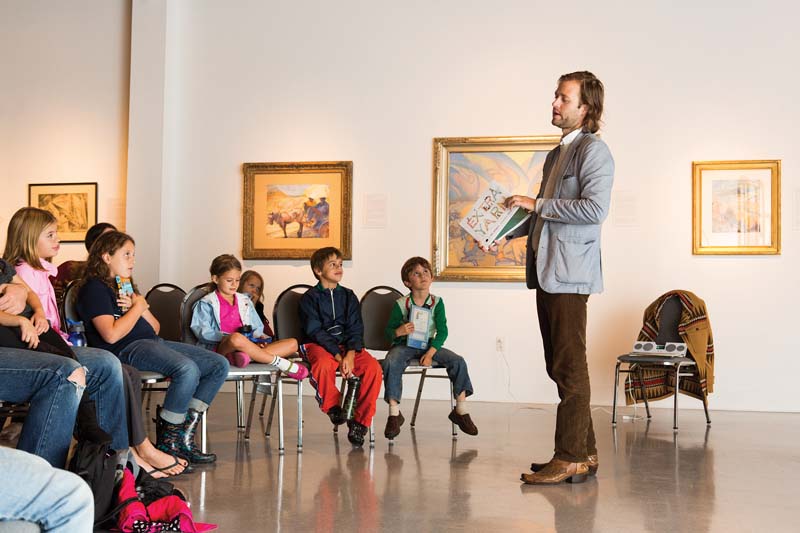 An impressive lineup of nationally known authors and illustrators is taking shape for the 2015 Virginia Children’s Books Festival this October, with Longwood again hosting the event and this year playing an expanded role as host sponsor.

The second VCBF is expected to bring thousands of children from across Virginia to campus this Oct. 16-17. Among the speakers and presenters will be the 2014 National Book AwardWinner for Young People’s Literature (Jacqueline Woodson), the 2015 Newbery Award winner (Kwame Alexander), several other Newbery honorees and multiple New York Times best-selling authors.

As host sponsor, Longwood is expanding its relationship with the festival through financial support, collaboration on scheduling, access to university resources, the use of campus buildings and services, and more involvement with faculty members.

“The Virginia Children’s Book Festival is a wonderful opportunity both to expand our outreach to the surrounding region and introduce children to literature,” said Longwood President W. Taylor Reveley IV. “Too many children are underexposed to books at a young age and enter school far behind their peers. Longwood has a tremendous history making a positive impact on Virginia’s school children, and this partnership is a natural fit to carry on that history. Additionally, it’s an opportunity to bring thousands of people here to show off our beautiful campus.”

Longwood is uniquely positioned to draw festivalgoers from three urban centers as well as from school systems that serve thousands of children across Southside Virginia. On campus, interest in the festival is running higher than ever, and several Longwood professors and staff sit on the VCBF board of directors and volunteer their expertise. Longwood’s strength in teacher preparation—with a particular emphasis on strategies aimed at improving reading—provides support for unique programming.

“This festival is a great opportunity to highlight our expertise in children’s literature and connect with students in a substantial way,” saidWade Edwards, chair of the Department of English andModern Languages. “Longwood students also gain exposure to some of the nation’s top children’s authors and engage in meaningful dialogue with them.”

Festival leaders are equally as excited about returning to Longwood.

“We are building on last year’s enormous success with the strong support of the university community,” said Juanita Giles, festival director. Longwood is truly the cultural center of Southside Virginia, and its reach into different facets of the community will give us ample opportunity to connect with children who are most at risk.”—Matthew McWilliams