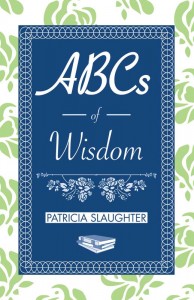 This inspirational book features “practical, clever quotations” and “reads like a daily devotional for appreciating the finer things in life,” said one reader. Many of the thoughts came to Slaughter as she jogged or walked in the mornings, after which she wrote them down in a journal. “Only the laughter of children,” reads one of the book’s entries, “pierces the pounding of waves on the beach.” Slaughter, who was Patsy Carr when attending Longwood, retired in 2013 after a career as an educator, the last 16 years as principal of Trantwood Elementary in Virginia Beach. She has taught a principalship course as a George Washington University adjunct instructor for 18 years, and this past spring she supervised three Longwood student-teachers in Virginia Beach schools. Published by Mascot Books, hardcover, 51 pages. 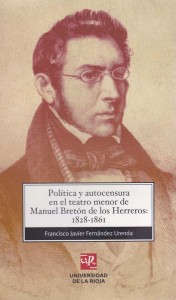 One- and two-act plays by the prolific playwright who revived the Spanish theater during the 19th century are the focus of this book. Despite the traditional perception, Bretón de los Herreros (1796-1873), about whom Fernández Urenda wrote his dissertation, had a “secret” political life and later modified many plays to hide their political content or make them palatable to the current government. In his research, Fernández Urenda found 18 short plays from the 1828-61 period that traditionally are not assigned to de los Herreros, some of which the dramatist didn’t publish during his lifetime. Fernández Urenda is a native of Spain whose academic interests include the idea of nation in 19th-century Spanish literature and “how literature interacts with power and politics.” Published by the University of La Rioja Press, softcover, 244 pages. 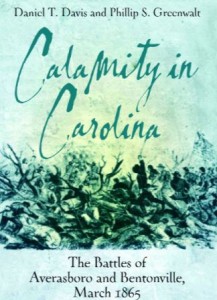 Calamity in Carolina: The Battles of Averasboro and Bentonville, March 1865
by Dan Davis ’05, Longwood alumnus, and Phillip Greenwalt

Part of the Emerging Civil War Series, this book examines two long-forgotten battles before the end of war. The battles were part of Gen. Joseph E. Johnston’s futile attempt to stop the Union armies under Gen. William T. Sherman that had rampaged through Georgia on their “March to the Sea” and were cutting a swath of destruction as they marched north from Savannah. The book, written in the series’ accessible style, includes more than 100 illustrations, new maps and analysis. Davis, a historian who lives in Fredericksburg, is chief historian of the related Emerging Civil War blog (www.emergingcivilwar.com) and the co-author of three other Civil War books. Published by Savas Beatie, softcover, 168 pages. 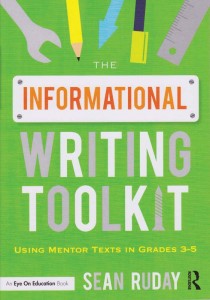 This practical textbook is based on the idea that, for students to write effective informational texts, they need to read good informational texts. Through high-quality books and articles, Ruday demonstrates how teachers can help students analyze the qualities of effective informational texts and then help students think of those qualities as tools to improve their writing. The book, part of the publisher’s Eye on Education imprint, includes assessment strategies and rubrics, classroom snapshots to show the writing tools in action, and templates and tools that can be photocopied or downloaded from the website: www.routledge.com/books/details/9781138832060. Ruday is a writing instruction specialist and the author of two other books on writing. Published by Routledge, softcover, 148 pages.