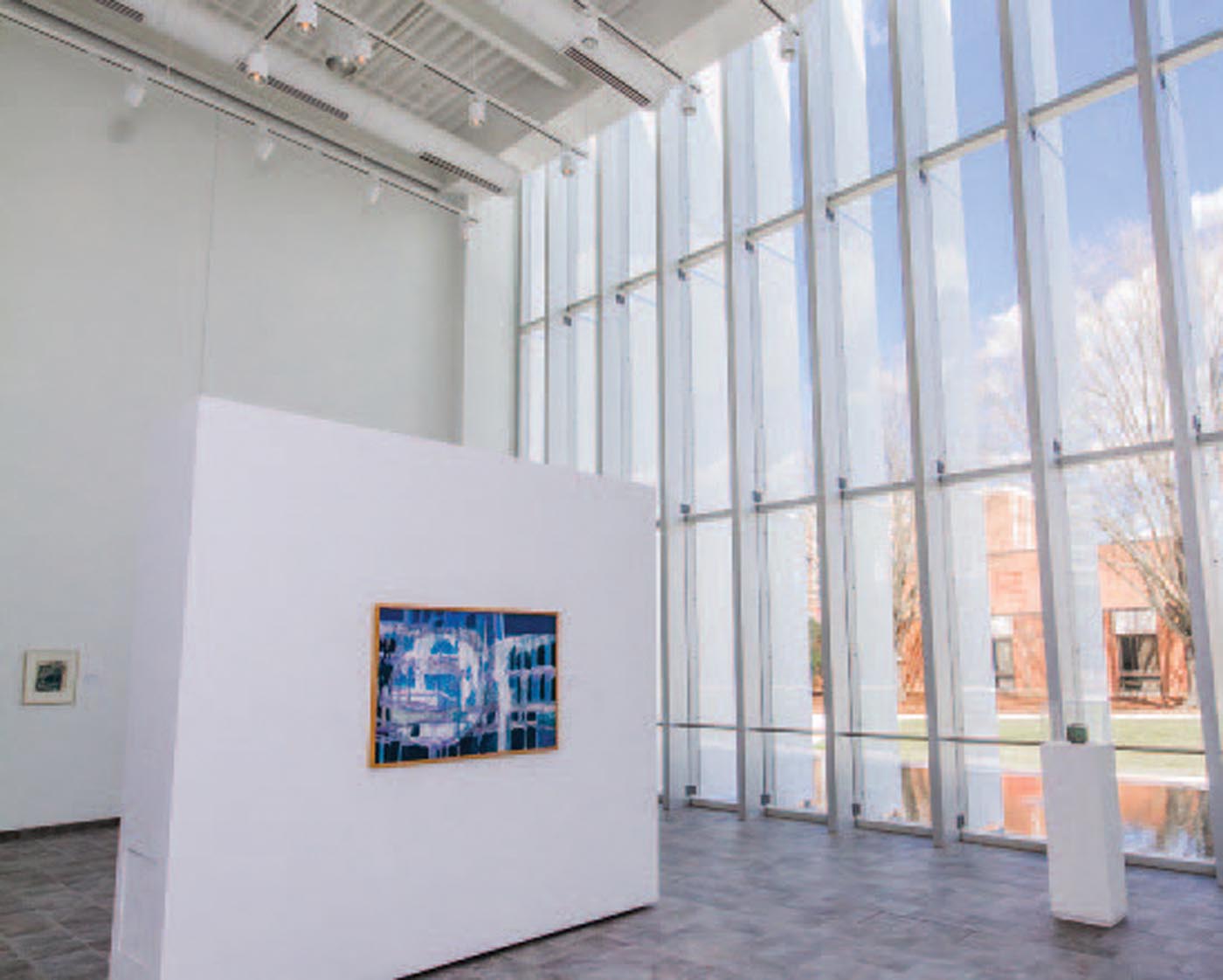 The project that renovated and nearly tripled the size of Longwood’s art building has received national recognition.

The work on  Bedford Hall was chosen for a Silver Citation in American School & University’s 23rd Annual Educational Interiors Show- case, which recognizes the architectural merits of interior projects in educational settings.

The award is shared by Longwood and Moseley Architects of Virginia Beach, the architect for the project.

“The project accomplished what it set out to do:  It showcases student art  in spaces very nicely enhanced with natural light. Public circulation areas are formed creatively in a minimal manner,” says the award citation from the jury.

The  Bedford project was one of 14 overall award winners, selected from about 95 entries, and one of four chosen for a Silver Citation. Entries are accepted for instructional, administrative and service facilities for public and private schools of all levels.

The  competition is sponsored by American School & University magazine, a trade publication that describes itself as the leading educational facilities/business publication for school and university administrators.

Bedford Hall, home of Longwood’s art  program since it opened in 1970,  underwent a nearly $28.2 million project that added a new section in the front of the building, completed in August 2011,  and renovated the existing space, finished in August 2012.  Bedford now has nearly twice as much studio space, a glass-walled art  gallery fronting Brock  Commons, two outdoor water features and an open feel with lots of light.