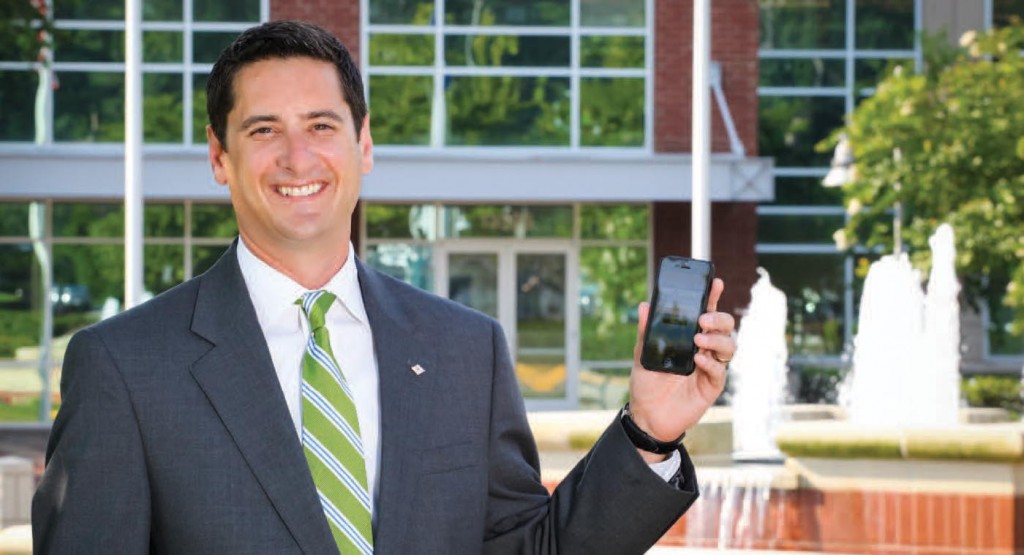 “We watch technology innovations closely,” said Macrina, vice president for eServices at Virginia Credit Union. “We spotted what the technology was going to make available, determined that our credit union members would be interested in using it, then pursued it.”

Macrina, who is always looking for ways to innovate, helped the credit union launch mobile banking in 2011. He had noticed that several larger financial institutions were introducing scanned deposits — users scanned checks from their home computers and uploaded them to their bank — and saw the potential for the same concept to work on mobile phones.

With 57,000 members using their phones to bank, Macrina jumped at the opportunity and launched Virginia Credit Union’s mobile scanning service in 2012 — before many of the larger institutions. They now see more than 2 million deposits per month through the mo- bile scanning technology, an impressive number for a financial institution the size of Virginia Credit Union.

“Virginia Credit Union is already very competitive with loan rates and other services,” he said. “As members who take advantage of eServices continue to grow, we have the responsibility to keep our service at a high level.

Mobile deposits are a piece of the evolution of financial services, and we will keep evolving with technology.”

A business major at Longwood, Macrina got his start at the credit union as a student. He worked as a teller for two summers and winters before joining the staff full-time after graduation. The transition from teller to vice president was seamless.

“My first full-time job at the credit union was as a member service representative, working with all 16 branches. I really got a feel for the service side of the business, which translated very well to eServices,” said Macrina. “I like to think of eServices as an online branch of the credit union.”

Macrina, who leads an eServices staff of four, said he’s passionate about competing with larger institutions. “It really hones your skills, because you have to assess your resources and make smart investments in technology that will not only appeal to new customers but also be useful to current ones,” he said. “We may be a much smaller financial institution, but we can be smart about providing the same level of eService that customers have come to expect.”

Longwood wasn’t only the place Macrina found his footing in business; he also found his wife, Neeley, also a business major. The couple have two children and live in Richmond.