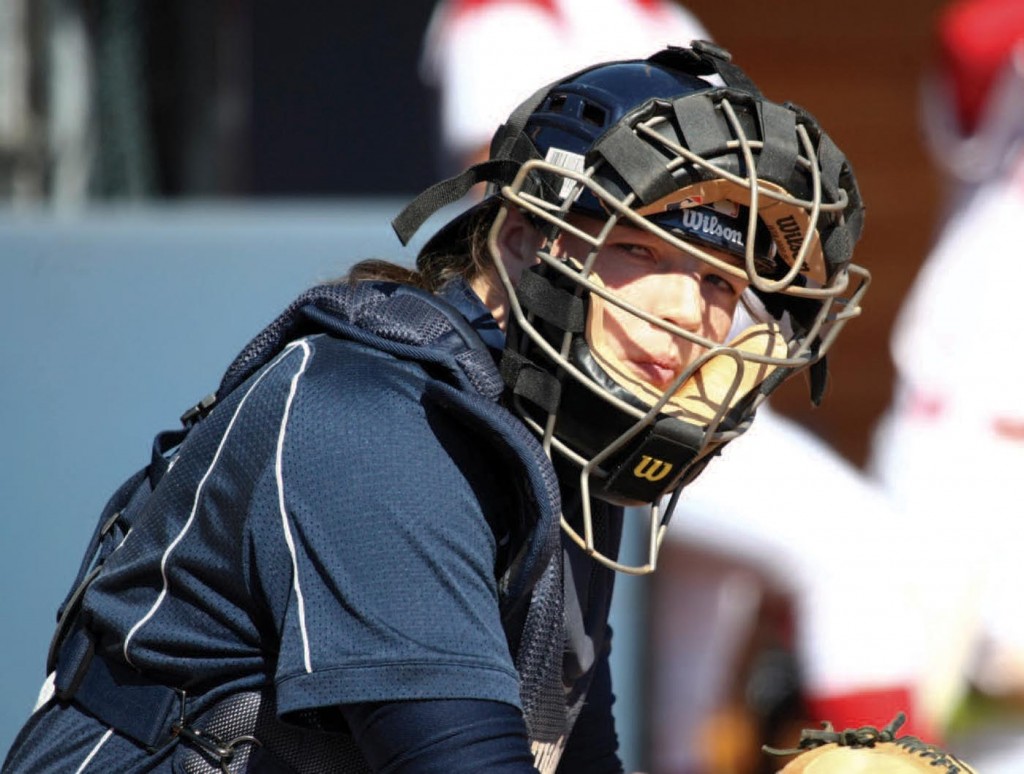 Megan Baltzell was overlooked coming out of high school. After her sophomore year in college, however, she’s gotten everyone’s attention.

The catcher was named a 2013 Division I All-American after a record-breaking year in which she posted a nation-leading 30 home runs, a school-record 78 RBI and a .406 batting average.

“Megan had the kind of year that deserved recognition,” said head coach Kathy Riley. “We’ve never had anyone come close to hitting 30 home runs in a season, and having 78 RBI was also a big accomplishment for her. She’s one of the main reasons why we had that magical run this year.”

That magical run ended in the university’s first NCAA tournament berth as a member of the Big South Conference and a pair of All-American honors for Baltzell and fellow teammate Brooke Short. “I found out the day the All-American honors came out,” Baltzell said. “I had some friends who were keeping up with it. Coach Riley called me and congratulated me. She was more excited than I was.”

Baltzell, a kinesiology major, has come a long way in just two years as a Lancer: as a freshman, she hit nine home runs and was a reserve on the women’s basketball team. “I thought I would have another year like that,” she said. “I worked extra hard this [past] summer, and it paid off.”

She didn’t play basketball her sophomore year in order to focus more on softball. “I got to work out the kinks in my swing,” she said. “Those little details made the difference. Softball is my life. That is all I want to do all of the time.” She hopes to play pro fast pitch softball after college and has her sights set on coaching one day.

Next season, Baltzell realizes she may not see as many pitches to hit. “They are going to try and walk me more. If they put me on, I am going to steal bases,” she said.

This summer Baltzell coached a youth softball team, the Baseliners, based in Stafford, and also took part in two summer camps, one at Longwood, and the other in Richmond with Jennie Finch, a longtime standout as a pitcher for the U.S. national team.