The connections between faculty members and their students often endure well beyond commencement exercises, and the spirit that inspires them has cemented Longwood’s reputation not only as a place of higher education but also of genuine collaboration between professor and student. 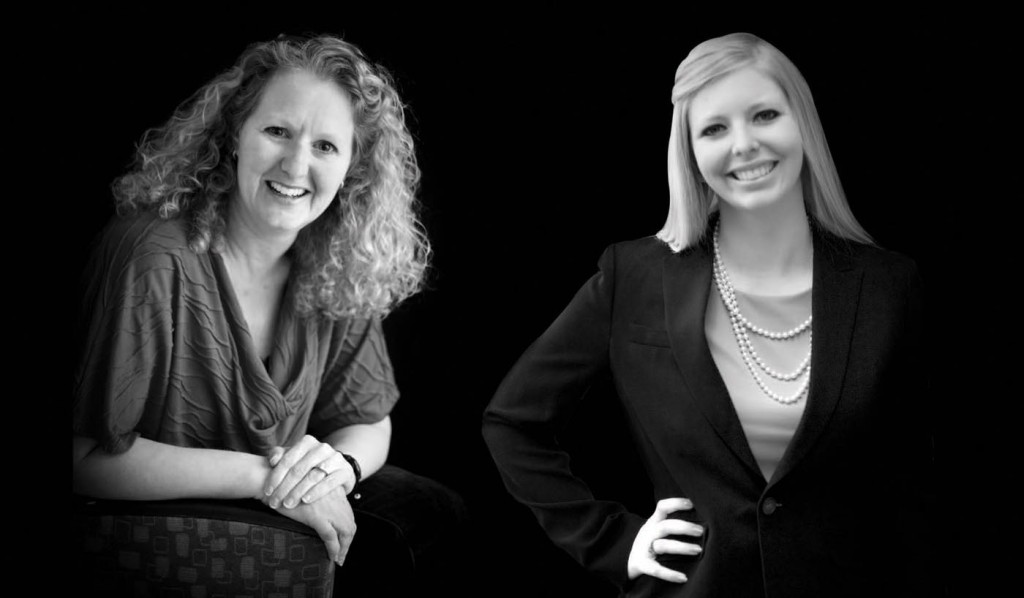 When faculty member Melanie Marks’ two sons were young, they thought Mandalyn “Mandy” Thompson Swanson ’08, M.S. ’12, was their sister. They even designed a quadruple bunkbed so that Thompson and her sister, Tedra Thompson ’12, could share their room.

“Mandy has been a fixture in my life for as long as I can remember. She’s just always been there,” said Marks, professor of economics. “My kids picked up immediately that Mandy is not just some random student but part of my family. There was an instant connection between us. Even now, five years after she graduated, I’m still one of her go-to people.”

As a Longwood student, Swanson went on vacations to the beach with Marks’ family, babysat her sons and went shopping with her on weekends. After Swanson graduated, Marks helped her land jobs as assistant director of annual giving at Hampden-Sydney College and later in Longwood’s Office of Assessment and Institutional Research. Marks also helped her through her Ph.D. application process.

Swanson enrolled in August 2012 as a Ph.D. student in assessment and measurement at James Madison University.

Marks, her adviser, said they “gravitated toward each other, and it spilled over from the classroom. She was open to a mentor relation- ship, which was probably helped by my being the only female econ professor.” 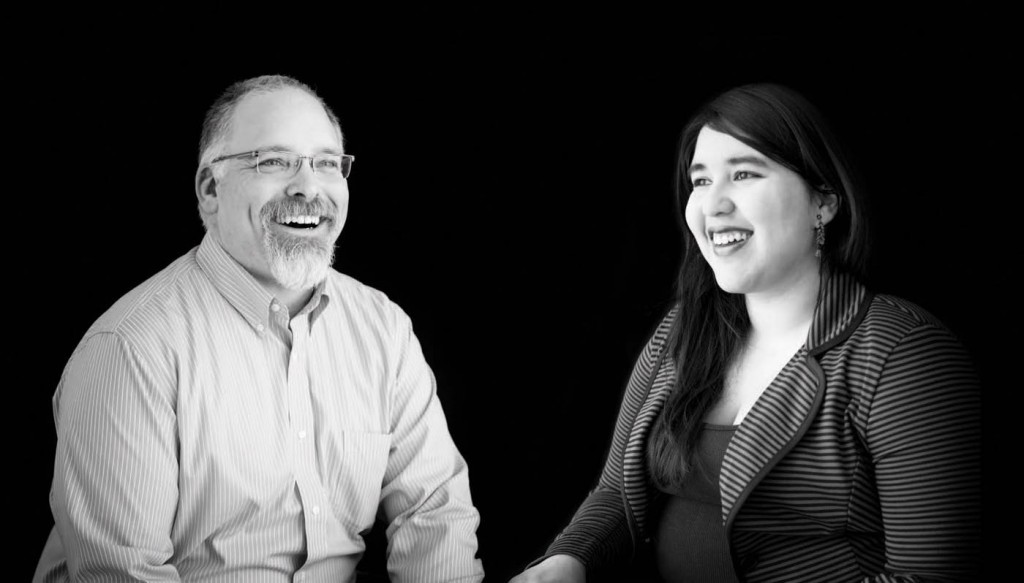 It’s definitely what you would call a win-win situation: Assistant biology professor gets assistance in conducting research important to gaining tenure; undergraduate student gets hands-on experience that prepares her for graduate school.

Dale Beach describes his work as “my creativity,” but he recognizes its practical importance for himself and for his students. “It’s an important part of education in the sciences. For those interested in research-based profes- sions, it’s extremely important.”

Beach has two student research assistants every semester. In 2012-13, one of those assistants was biology major Heaven Cerritos ’14. She first met Beach when she interned for him in her sophomore year. She so enjoyed the research — tracing back evolutionary roots of a

fungus called Pilobolus — that she continued with the ongoing project after her internship ended. In addition, Beach and Cerritos were accepted into a competitive research program this past summer where they had the opportunity to sequence the complete genome of the Pilobolus fungus.

“There’s a lot more to research than what you learn in class,” said Cerritos. “You really have to apply what you’re learning. Dr. Beach cares whether you understand the material. He’s patient and willing to take time with students. You can run things by him more than once. He seems to remember what it’s like to be in college.”

From Beach’s perspective, not all student research assistants are created equal. “What’s great about Heaven is she is willing to try,” he said. “Some students are trepidatious. Not Heaven. She’s never shut down by fear that something might not work. And that’s an essential quality for a scientist. She also has a real natural talent for genomic sequencing.”

Cerritos plans to study biology in graduate school. After working on Beach’s project, she has narrowed her area of interest to either molecular or microbiology, but still isn’t quite sure which. “But that’s really good for me,” she said. “I came to Longwood loving every aspect of biology and couldn’t even think of narrowing my interest. Dr. Beach has helped me to focus.” 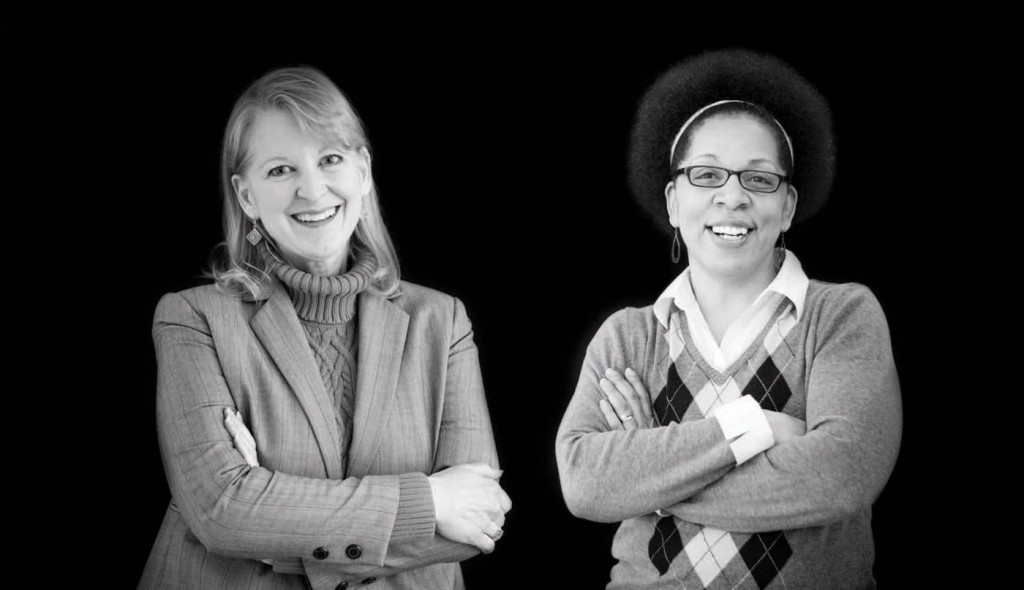 A member of the first cohort in the new one- year master’s program in elementary education, Venable faced some personal problems in the first months of the program.

“My husband became very ill, and I had to worry about him in the hospital. When I let Dr. Powers know, she said, ‘You take care of your family. We’ll worry about getting you caught up on the program after your husband recovers.’ That meant a lot, because I don’t think many professors would be that flexible.”

“There is a good support system here,” said Powers. “I think that’s something that Longwood is really known for.”

Their relationship began as Venable, a 1998 Longwood graduate and fifth-grade teacher at Prince Edward County Middle School, thought about applying to the master’s program. She emailed Powers, who encouraged her to apply. “She wrote, ‘I really look forward to meeting you.’ That kind of personal reply really hits home with potential students,” said Venable.

“She’s obviously very intelligent and an extremely hard worker,” Powers said in describing Venable. “She has some great ideas about what to do in the classroom, and it’s a great joy to be able to work with her on putting them into practice. Students like her are inspirational to professors.”

For Venable, the relationship that she has developed with Powers underscores Longwood’s reputation as a place where professors care about students. As an undergraduate, she developed the same type of relationship with faculty members Betty Jo Simmons and Maria Timmerman. For Pam Venable, Longwood is its own family.

For more examples  of “Uncommon Bonds” at Longwood, go to annualreport.longwood.edu.