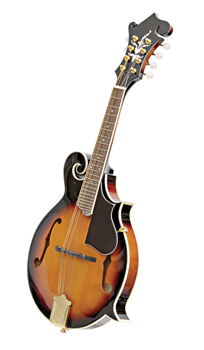 One grant supports
the LCVA’s Fall Into Folk
program.

Kits for AIDS caregivers, “smile bags” for kids in developing nations after undergoing surgery for cleft lip and cleft palate, and a theatrical production that educates about and advocates for people with disabilities are among the projects that will be funded by Parents Council grants in 2016.

Grants for 2016 total more than $14,000, the most ever, and will support 15 projects proposed by Longwood students, faculty and staff. Grants, announced every November, are aimed at student academic achievement, citizen leadership and overall university enhancement.

The Longwood chapter of the Nurses Christian Fellowship hopes to put together 90 drawstring bags that will be sent to volunteer AIDS caregivers working through World Vision, probably in Africa. The kits will contain petroleum jelly, gauze, soap, latex gloves and other items needed by patients and caregivers.

Through the initiative of Madison Lowry ’18, the Same Sky Project, a play that “highlights that, no matter who you are, we all live under the same sky,” will be performed on campus April 2, 2016. Longwood will be the first public university in Virginia to host this production, featuring young people with diverse challenges, which has toured public schools in Northern Virginia. Lowry, a social work major from Leesburg, has, along with her family, been involved for several years with A Place To Be, a nonprofit music therapy-based organization that puts on the Same Sky Project.

Other projects supported by Parents Council grants include the LCVA’s Fall Into Folk programs, which will be held Oct. 8-9, 2016; a new leadership program for freshmen started by Macrae Hammond ’14, M.S. ’15, who works in the president’s office; and MLK Celebration Week in January.

Funding comes from an annual gift from members of the Parents Council, which comprises 25 families. Since its inception in 2009, the organization has contributed more than $72,000 to the community through the grants process.

The current co-chairs, Lou and Mary Giordano of Virginia Beach, will be succeeded in April by Tom ’84 and Mary Bailey of Midlothian.