A 23-year coaching veteran, an All- American golfer, a career .419 hitter and Longwood’s first College World Series team, 21 members strong, were inducted into the Longwood Athletics Hall of Fame last month, joining the prestigious group that Longwood created in 2005.More than 100 current and former coaches, student-athletes, previous Hall of Fame inductees and other members of the Longwood community, including Longwood President W. Taylor Reveley IV, were on hand for the Feb. 13 formal induction ceremony held in the Maugans Alumni Center’s Blackwell Ballroom. 2016 inductees are baseball standout Kelvin Davis ’88; former women’s basketball head coach Shirley Duncan, who holds the record for wins in that sport; pro golfer Tim White ’82; and the 1982 baseball team.

“This Hall of Fame class, our sixth since we began in 2005, includes some of the biggest contributors to the Longwood athletics story,” said Director of Athletics Troy Austin. “Every one of our inductees this year achieved remarkable feats while wearing Longwood blue, and they did so during the formative years of our athletics department. The success Longwood athletics has today can be traced back to the accomplishments of the members of this class and our entire Hall of Fame.”

All inductees were also recognized at halftime of the men’s basketball game against Liberty in front of a sellout crowd.

“This honor, to become a ‘Longwood Hall of Famer,’ is not easily earned,” Austin said. Of the thousands of student-athletes who have donned a Longwood jersey, only 26 individuals and teams are in the Hall of Fame. I’m honored to recognize our four newest inductees, who not only performed at the highest level in their respective athletic disciplines, but also went on to become great ambassadors for our university.” 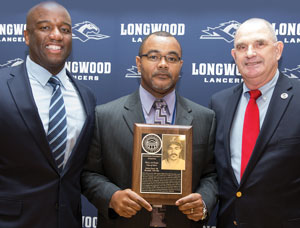 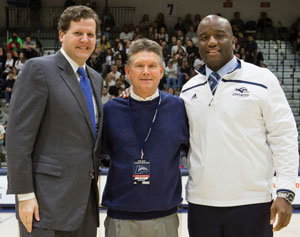 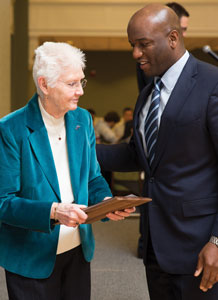