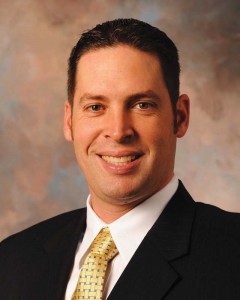 Ryan Mau, an assistant coach at the United States Naval Academy for the past four seasons, was named the fourth head coach of the Lancers’ baseball program in July. Mau, who has 12 years of collegiate coaching experience, including several years at Virginia Military Institute, served as the recruiting coordinator and pitching and catching coach at the academy.

“Ryan has established himself as a tireless recruiter and a stellar coach,” said Longwood Director of Athletics Troy Austin. “He has a passion for developing young people and a strong desire to lead the Longwood baseball program.”

Under Mau, Navy attained three straight nationally ranked Top 100 recruiting classes, according to Perfect Game. The Midshipmen led the Patriot League in strikeouts for three of the past four seasons and featured the league Pitcher of the Year in 2014. At VMI, Mau served as the Keydets associate head coach and recruiting coordinator during 2010 and as an assistant coach from 2006-09.

“I’m very excited to be joining the Longwood baseball family,” said Mau. “My staff and I will work tirelessly to make Lancers baseball a program that Longwood University and the community of Farmville will be very proud of.”

Mau was an assistant coach at Marist College from 2004-05 and got his start in collegiate coaching at Charleston Southern University, serving as the pitching and catching coach during 2003. Mau was a standout pitcher for the College of Charleston from 1998-2001 (13-10, 3.66 ERA), after one year at Flagler College in Florida. He played a year in the Florida Marlins organization, and a year in the Independent Frontier and Southeastern Leagues.

The Lake Mary, Fla., native earned his Bachelor of Arts degree in communications from the College of Charleston in 2000. Mau and his wife, Leslie, have a daughter, Grace, 9, and a son, Gabriel, 5.