Thank you for the excellent article, “Bridging the Past,” by Dr. Larissa Smith Fergeson. It was especially fitting you would capture such a major event in Farmville history in the year of the 50th anniversary of the signing of the Civil Rights Act of 1964.

In September 1968, just four years after the Prince Edward County schools re-opened and at a time when only a handful of white students were enrolled, I began my first year as a teacher—at Rice Elementary. That year was the most important learning experience of my life. It completely shaped my future and made me the person I am today.

I was one of only two white teachers in the Prince Edward County school system. Rice Elementary, which was outside of town, was a terribly dilapidated brick building with six classrooms and two restrooms that occasionally did not work. There was no cafeteria, a very inadequate library and only a patch of dirt for a playground. Except for chalk and an eraser, there were few if any supplies in my third-grade classroom. Most of my students were 8-10 years old, and two were in their teens—but all were eager to learn. 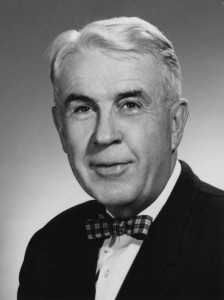 The discrimination I experienced never came from my students, their parents or my fellow teachers. It came from some of my former professors at Longwood, whom I called on for help and advice. My saving grace, however, was Dr. Gordon Moss, who used to lead civil rights marches down the main street of town to the courthouse. He was there for me throughout the year and became my greatest mentor.

Meanwhile, word of my new job spread like a tornado throughout town. Even clerks in the local stores refused to wait on me but were quick to whisper and point. I learned so much about life—how important each of my students was and the individual attention they deserved. I learned what it was like for a family of 14 to live in a one-room schoolhouse with just a blanket for a door.

I learned that at least one first-grader did not come to school in the winter because she had no shoes.
The learning experiences went on and on, and the result was I spent years working for civil rights, women’s rights and protecting the freedoms we should hold so dear in this country. Even today I find myself breaking down barriers for education, race, women and the environment. So, thank you, Dr. Fergeson, for your work at Longwood and the university’s efforts to bridge this gap in the Prince Edward community.