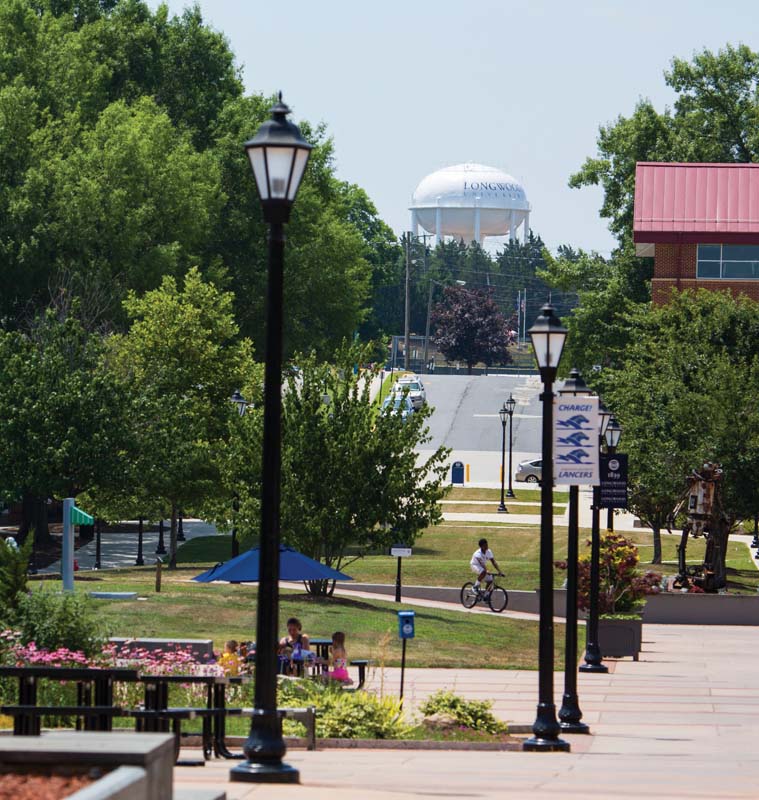 The Longwood University name got a big boost this summer when the town of Farmville emblazoned its new 127-foot-tall water tower with the university’s logo. Though it is several blocks away, the tower is clearly visible to anyone looking south down Brock Commons.

Town Manager Gerald Spates approached Longwood officials with the idea of using the logo “because Longwood is such a big part of the community. It looks nice and makes the tank stand out.” The tank, which became operational July 7, is 75 feet in diameter and holds 1 million gallons of water. Located on Andrews Drive just off South Main Street, the structure was built by Marshall Construction of Danville and Phoenix Fabricators of Cincinnati.