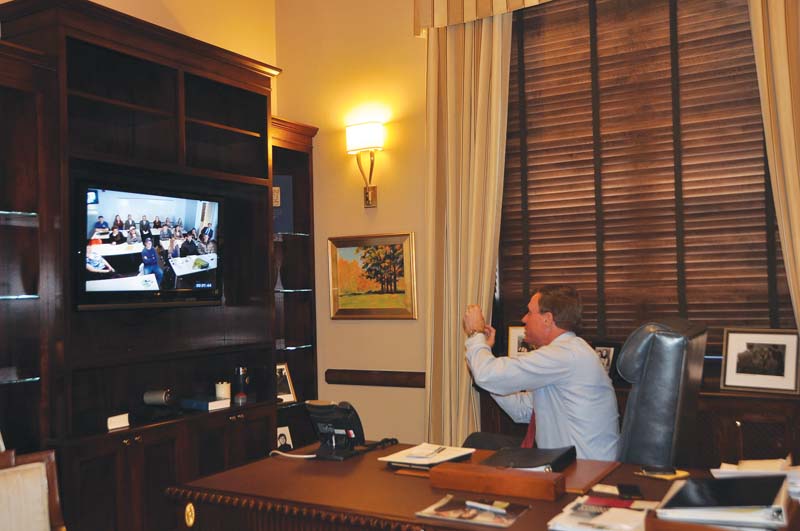 Virginia Sen. Mark Warner made a digital visit to campus, appropriate for the tech entrepreneur-turned politician.

Warner skyped into one of Dr. David Magill’s English classes in January to talk with students about citizen leadership—the hallmark of a Longwood education. President W. Taylor Reveley IV introduced Warner to students in the class, who asked a range of questions.

“The students got a lot out of it,” said Magill. “They were able to talk to Senator Warner about the future of higher education, the cost of tuition and, perhaps most importantly, the lessons that failure can teach.

The senator stressed the need for students to have the opportunity to take risks after graduation, and to fail without sacrificing their future.” The students asked Warner about the most instructive experiences of his life and what he did to prepare himself for the working world when he attended George Washington University.

“The best experience and preparation someone can have is failure,” said Warner. “I have failed at nearly everything I’ve done at least once. I failed at the first two businesses I tried to start, then failed in the first election I ran against my now-friend former Sen. John Warner. I hope, as young people, you take some risks that can ultimately make you a stronger, better person. Until you’ve lost, you haven’t stretched enough.”