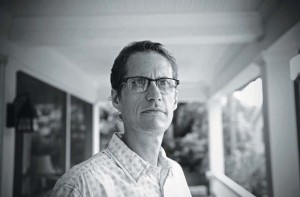 Dean King, award-winning author of 10 narrative nonfiction books including the critically acclaimed The Feud: The Hatfields and McCoys, The True Story, will appear at 7 p.m. March 27 in Wygal Hall. The Feud was published to rave reviews in May 2013. King, who lives in Richmond, has a passion for historical and adventure stories, many of which focus on sea adventure and maritime history.Teri Kanefield, who will speak April 2, also at 7 p.m. in Wygal Hall, is the author of The Girl from the Tar Paper School: Barbara Rose Johns and the Advent of the Civil Rights Movement.

The book, researched in Farmville and published in January 2014, has been chosen as a Junior Library Guild Selection. Kanefield, an attorney in San Francisco, also is the author of books for young people.

President W. Taylor Reveley IV initiated the Longwood Leadership Forum, which highlights outstanding examples of leadership in the arts, education, literature, sciences, technology and philanthropy.A book signing will follow both presentations, which are free and open to the public. Both events are presented in partnership with the Friends of the Janet D. Greenwood Library.

The inaugural season of the series kicked off in January with Jeff Schapiro, Richmond Times-Dispatch political reporter and columnist. He has been followed by Dr. Charles W. Sydnor Jr., executive director of the Virginia Holocaust Museum (a member of Longwood’s history faculty from 1972-80), and Meg Gruber, Virginia Education Association president.

For more information on the series, visit www.longwood.edu/leadershipforum.