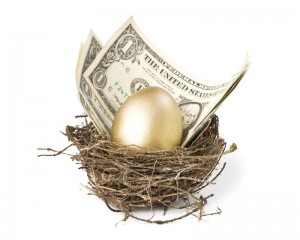 Social Security has become increasingly controversial, with pessimism about its future solvency and charges that it’s responsible for the federal deficit. A vast majority of Americans, however, don’t want to cut benefits or consider privatization proposals, says a Longwood sociology professor.

A study by Dr. JoEllen Pederson examined whether public support for Social Security has eroded from 2000 to 2010, a period during which it came under often contentious public scrutiny. The study also looked at whether support has changed among some groups more than others.

“It’s still political suicide to talk negatively about Social Security,” said Pederson, adding that no reforms have been enacted since 2000. “Social Security is our most expensive and most socialistic social welfare program, but people still widely support it.”

This hands-off approach to the national retirement insurance program is curious in light of developments both in the United States and abroad, said Pederson.

“The worldwide trend in public pensions is toward privatization, but the United States, for whatever reason, bucks that trend.This protection of Social Security is also surprising in view of ‘American exceptionalism,’ the notion that the U.S. is a meager social welfare state. We have led the way with welfare-to-work programs and made changes to social welfare programs, but Social Security has always been the exception. It doesn’t play by the same rules.”

Overall support for Social Security—those survey respondents who consider spending for it too little or about right—dropped only from 95 percent in 2000 to 92 percent in 2010. Support remains especially strong among women, blacks, the working class, the less educated, Democrats and those who favor more government.

However, the study also found a slight increase among every group except one (ages 65-74) in those who think that too much is being spent on Social Security. The largest drop in support— 6 percentage points, which Pederson called “significant”— is among people 18-34. In the 2010 survey, 12 percent of this age group characterized Social Security spending as too much compared with 6 percent in 2000.

“Financial advisers are telling people under 35 to not count on Social Security,” said Pederson.

There also was a decline in support, by a smaller percentage, among the college-educated, Republicans, members of political parties other than the two major parties and those with strong anti-statist views.

Nevertheless, even talking about changing Social Security is controversial, she said. Since the 1970s, the U.S. has slashed welfare spending but can’t touch Social Security because people get really mad. In other countries, public pension plans are being put on the chopping block.”

Pederson’s study examined more than 4,500 respondents (2,604 in 2000 and 1,913 in 2010) from the General Social Survey, a widely used sample of representative working adults that originally was conducted annually and now is conducted every other year.