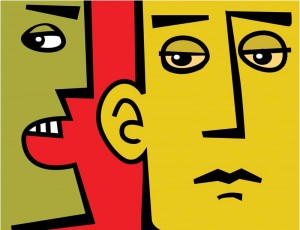 The concerns of gay or transgendered parents worried about revealing their sexual orientation to adult children may be unfounded. That’s the finding of two Longwood psychologists whose research with university students shows they are more likely to be accepting of their parents and would want to continue the relationship.

“The young adults we surveyed said they want their parents to be honest with them,” said Dr. Jennifer Apperson, professor of psychology and a licensed clinical psychologist who conducted the study with Dr. Sarai Blincoe, an assistant professor, and psychology major Jessica Sudlow, who graduated in May 2013. “Most say they would still love their mom or dad no matter what, sounding just like parents saying they will love their child no matter what.”

Apperson, who has also operated a counseling practice for more than 25 years, wanted to tackle the topic after encountering gay or transgendered clients with serious concerns about “coming out” to their grown children.

“My clients were fearful that their children would not be accepting and might want to sever the relationship,” said Apperson. “They struggle with how and when to disclose this to an adult child.”

The professors first looked into past research. They found only one brief mention of the issue in a 2007 report in the American Journal of Orthopsychiatry. That paper alluded to possible issues of trust if the parents wait until the children are grown to open up about their sexual orientation.

The Longwood team conducted surveys of nearly 600 students to determine attitudes about the questions Apperson’s clients were asking: Would their children want to know if a parent were gay or transgendered, and would they want to maintain a relationship with that parent? “Overall, the attitudes are positive,” said Blincoe.

“What appears to be more telling than gender in predicting a response, however, is whether the student believed the homosexuality was the result of the environment or biology,” said Blincoe. “It parallels the ‘nature vs. nurture’ debate. If you believe that homosexuality is more rooted in the environment, you’ll have a less positive attitude than if you believe it’s the result of biology.”

Taking the results back to her clients, Apperson said the general response has been positive though not entirely satisfying.

“It’s not like with a 6-year-old. When a son or daughter is college-age, he or she can walk away,” she said. “My patients who haven’t yet revealed this information to their grown children are relieved—but still scared.”